The subject of the competition was the elaboration of an urban study on the unstabilized area of Tepna. ÚS will be entered in the register of spatial planning activities. Nová Tepna is to be a showcase of urbanism in the Czech Republic and a proof of the ability of the public sector to solve complicated post-industrial areas in the centers. The aim is to create a lively and citizen-appreciated part of the city adjacent to the historic center, which, however, will not compete with it, but will take over some of the functions that threaten it.
26 teams submitted their proposals to the competition, of which the jury selected five, which were given a chance to finalize their proposals and win one of the prizes. The jury evaluated the proposals anonymously, which means that they did not know who the authors of the proposals were all the time. 26 teams = 160 architects, urban planners, landscape painters and engineers, who together dedicated 75,000 hours of work to the Náchod competition. 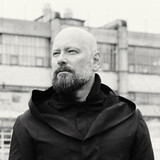 Graduate of the Faculty of Architecture, Czech Technical University in Prague; in 1997 he joined Boris Redčenkov and Prokop Tomášek in the A69 - architekti studio. He is the co-author of the urban design of the wider centre of Karlovy Vary and the concept of the new district of Smíchov City in Prague. 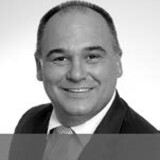 He graduated from the Secondary Technical School of Mechanical Engineering in Nové Město nad Metují. Since 2010 he has been the mayor of Náchod. In 2011-13 he was Chairman of the Club of Mayors for the CSSD. Since 26 October 2013, he has been exercising the mandate of the Chamber of Deputies of the Parliament of the Czech Republic and has been a member of the Economic and Election Committee of the Chamber of Deputies. 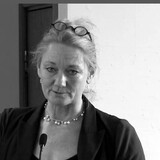 A graduate of the Royal Danish Academy of Fine Arts, School of Architecture, she has worked in architectural offices such as Skaarup & Jespersen, Hou + Partnere Arkitekter, and was a partner at WITRAZ Arkitekter, from
2010 she worked as a Chief Architect of Copenhagen until 2019. Currently she runs her own studio Tina Saaby Copenhagen and from April 2020 will start as cityarchitect in Gladsaxe, a part of Greater Copenhagen.

He graduated from the Faculty of Architecture of the Czech Technical University in Prague and ETH Zurich. Since 2003 he has been running his own studio Pavel Hnilička Architects+Planners. In addition to a number of urban projects, such as the regulation of Rohan Island in Prague, together with the Austrian architect Dietmar Eberle, he is the winner of the largest architectural competition organized by a private investor, Česká spořitelna, where he and his team deal with the Smíchov South development. 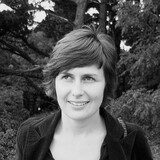 In 2003 she got her diploma at the Faculty of Architecture of the Wrocław University of Technology. Together with Łukasz Wojciechowski she co-founded the studio VROA ARCHITEKCI in 2006. The most important completed projects of VROA (together with the CH + studio) are the revitalization of the surroundings of the Hall Stulecia congress center in Wroclaw and the reconstruction of the interior of the anti-aircraft shelter on Strzegomski Square for the temporary headquarters of the Wroclaw Museum of Contemporary Art. 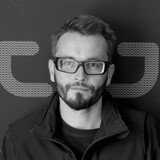 Viktor Vlach is an independent architect who works in Náchod. After graduating from the School of Architecture of Emil Přikryl at the Academy of Fine Arts in Prague, in his diploma “Ideal Náchod” he devoted himself to the state of the city in 2050 with his long-term vision and rich architectural tradition. He participated in the rescue of New Tepna. 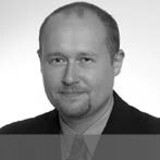 He studied at Brno University of Technology and worked as a laboratory manager and radiation protection worker. He has been the designated representative for the zoning plan for a long time and has been the deputy mayor of the city since 2016. He is intensively involved in the development and renewal of spas and the meaningful use and revitalization of public space. 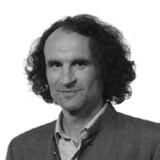 Born in Náchod, member of the Green Party, where he has been active for 11 years. Today he works as a project manager and cooperates with many mayors of smaller municipalities. He also works in the Association of Voluntary Citizens, which focuses on supporting civil society, transparency of public administration and landscape protection. For more than three years, he has been the Náchod opposition representative.