The development project consists of rental apartments, offices, and services connected with the new metro station’s exit. The project will be owned by the investor and leased to the tenants. Therefore, the investor is interested in the design of a building with long-term efficient operation and a creative solution that will guarantee the energy label and real energy efficiency.
Primary function (over 50 % GFA) - rental apartments; Secondary function (approx. 30-40 % GFA) - standard A office area with the possibility of use as flexible offices; Additional function (approx. 10 % GFA) - services.
Today, it is possible to build 18,712 m2 of GFA in the area. The current zoning plan of the plot as “non-interfering production and services” will become illogical in the future with the construction of the new metro station D Olbrachtova; it is, therefore, necessary to initiate a change in the zoning plan, which will enable the creation of a contemporary, high-quality building. The competition aims to prepare a basis for changing the zoning plan, which will consider the new metro station D as a local center, and subsequently implement the proposed project in cooperation with the investor. We believe that this will create a dominant building of a high architectural level with an excellent ratio between the building‘s price and value.
The architectural competition for a private client is inspired by a form of competitive dialogue and meets all essential parameters set by the Competition Rules of the Czech Chamber of Architects.
Based on an open call, an unlimited number of architect offices and teams are able to apply. A jury with majority by independent experts will select 5 participants to create their proposals. These teams will tour the site and present and discuss their work in progress with the jury. They will also be able to present their final designs to the jury. 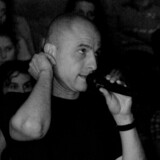 He studied architecture in Brno at the Technical University, at the Dutch Technische Hogeschool Delft. After graduation, he continued his postgraduate studies at the Academy of Fine Arts in Prague. In the early 1990s, he worked at SIAL - Stavoprojekt in Liberec and Paris in the studio of Jean Nouvel. In 1993, together with Lada Kolaříková, he founded the RKAW studio. In 2013, the RKAW studio was nominated for the European Architecture Prize for the Na Zatlance apartment building in the heart of Smíchov in Prague. 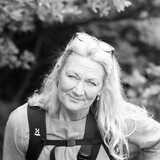 Tina Saaby graduated from the School of Architecture of the Royal Danish Academy. She gained extensive experience in the architectural offices of Skaarup & Jespersen or ou+Partnere Arkitekter and WITRAZ Arkitekter, where she was a partner. During 2010-19, she was the Chief Architect of Copenhagen. She currently runs her own studio, Tina Saaby Copenhagen, and since April 2020, she has been the Chief Architect of Gladsaxe, a part of Greater Copenhagen. As the city's chief architect, she was involved in developing new and existing neighborhoods, neglected areas, or strategies for large areas such as the harbor, the inner city, or nature. As the leader of a multidisciplinary team, she has developed a new architectural policy and vision for the city, "Co-Create Copenhagen," which supports visions and strategies for a habitable and responsible city with borders. 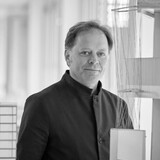 Together with Peter Sigrist, he founded Müller Sigrist Architekten in 2001. In 2006 he received an award for the best realization in Zurich's canton; a year later, he won the Prix Acier 2007, awarded to the best Swiss steel buildings, and many other awards followed. His projects are interesting mainly due to the original combination of functions. He has also been involved in cooperative housing proposals for a long time. 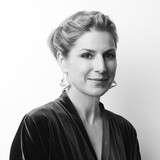 Viktorie Součková studied architecture at the Academy of Arts, Architecture, and Design in Prague in the studio of Eva Jiřičná. Since 1999 she has worked at the Foster + Partners studio in London and 2007 returned to the Czech Republic, where she later became the director of the Prague office of Bogle Architects. Among the many realizations of this branch is especially the international research laser center ELIBeamlines in Dolní Břežany, which received the prestigious MIPIM Award in the category of industrial logistics construction of the year. 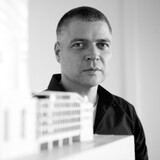 In 1986-1992, he studied at the Faculty of Architecture at the Czech Technical University in Prague. For several years, he actively worked as an architect in Berlin, in the offices of Prof. Baller, Baumann, Takenaka. Since 1995 he has been an active member of the German Chamber of Architects. After his Berlin experience, he returned to Prague in 1997, where he founded the 4a architects studio. Since 2012, he has been working in the renowned Prague studio Schindler Seko Architekti. He teaches architectural design at ARCHIP - Architectural Institute in Prague. 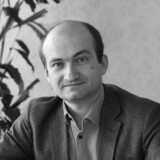 Graduated from Faculty of Mechanics and Mathematics in Lomonosov Moscow State University and obtained MBA from Cardiff Business School in UK. In 2008 he co-founded holding VELSKA and is its statutory representative. 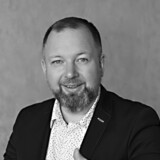 He is active in the real estate and technology sector for over 20 years. He gained his experience in international companies and funds such as Knight Frank, Colliers, or CSPF B.V. He is Director in VELSKA holding and executive in VELSKA ASSET MANAGEMENT, which ensures all projects operations. He studied economics and international business at the Metropolitan University of Prague and Nottingham Trent University. 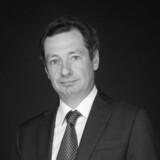 Has years of experience in the development business in Russia. In 2008 he co-founded holding VELSKA and works in it as general consultant. 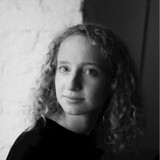 She is studying at the Architectural Association School of Architecture in London, currently in her fourth year. In VELSKA holding, she works as an architectural consultant.